Leeds are back at LS11 on Tuesday night for the visit of Coventry and will be in good spirits on the back of their most convincing victory of the season. The Whites brought Doncaster back down to earth with a bump after beating them 3-0 at the Keepmoat stadium. Goals from Danny Pugh and Tom Lees on each side of a glorious Ross McCormack overhead kick saw Leeds record their first away success of the season and ensured they stretched their unbeaten run to 5 games. 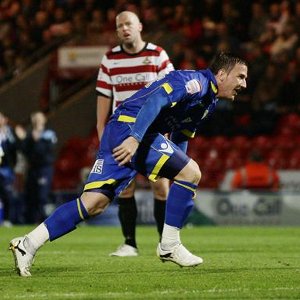 Coventry on the other hand are bottom of the Championship's away table and have only picked up one point on their travels. The Sky Blues did however celebrate their first win in five at the weekend when they were victorious over Nottingham Forest. United recorded the double over Coventry last season and have a very good record against them, losing only 15 in 78 meetings while City haven't won at Elland Road since 1996. 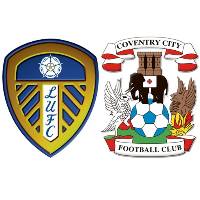 After producing what has been described by some as the 'complete performance' at Doncaster on Friday night it is unlikely Simon Grayson will make many changes to his starting 11. However number 1 Andy Lonergan may miss his first league game since joining the club in the summer after he was replaced late on by Paul Rachubka at Doncaster. Rachubka may be given his first league start of the season after Lonergan suffered a finger injury and was forced out of the action. Grayson told the clubs official site: "Hopefully Andy will be fit because he has been a big part of what we have done so far this season and he has done well, but in Paul I have someone who is ready to step in there." There is no new injury worries other than that for Leeds and it is likely Luciano Becchio and co will continue to occupy their places on the bench.

Coventry also have keeper issues and will decide whether Joe Murphy is ready to continue in goal after he was injured in the win against Forest. Former United loanee Gary McSheffrey and Carl Baker are also doubts while Martin Cranie and James McPake are back in contention for the visitors.

Lukas Jutkiewicz is the sky blues number 9 and has managed 5 goals so far this term in a struggling Coventry side. The 22 year old smashed 12 goals whilst on loan at Motherwell from Everton in 2009/10 and this prompted the then City boss Aidy Boothroyd to make him his sixth summer signing in 2010. The 6ft plus forward known as the 'Juke' was born in England but is also eligible to play for the Republic of Ireland and Poland. After netting his sides winner at the weekend, Lukas will be on the prowl for more goals at Elland Road on Tuesday night. 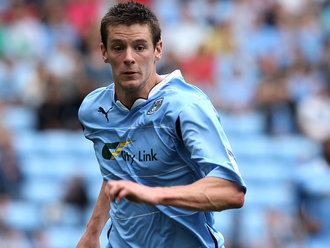 Everything is going well at the moment for the Whites so that normally means a blip is just around the corner. However, I expect Leeds to stretch their unbeaten run to six games. With a tough away day coming up on Saturday at Peterborough, United could do with securing their third win on the bounce. I'm going to stay optimistic and say that Leeds will win 3-0 for the second game on the bounce.