Leeds 4-0 Scunthorpe: Whites too hot for the Iron

Share All sharing options for: Leeds 4-0 Scunthorpe: Whites too hot for the Iron

Sanchez Watt's first goal for the club helped Leeds on their way to a very comfortable win over Scunthorpe at Elland Road on Saturday.

The important thing for Leeds before this game was to get back to winning ways in the Championship and to not allow the FA Cup to distract the players like it had done last season after beating Manchester United. Simon Grayson named the same 11 that had played down at the Emirates in the FA Cup last week, with on loan midfielder Watt playing just behind Luciano Becchio.

The first 15 minutes were dull, with both teams struggling to get a hold of the game. Grayson's men finally found their feet and scored three goals in 12 minutes. The breakthrough came in the 17th minute when Sanchez Watt managed to turn his marker and drive his shot into the top right hand corner past Joe Murphy. 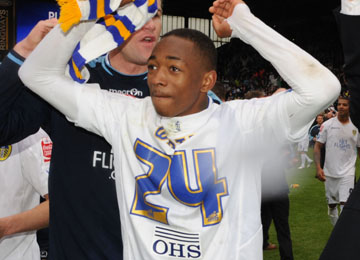 Leeds doubled their lead just three minutes later, Robert Snodgrass's defence splitting pass sent Max Gradel clear of the Iron defence and the former Leicester man remained calm under pressure to round the helpless Murphy, and place the ball into an empty net for his ninth goal of the season. 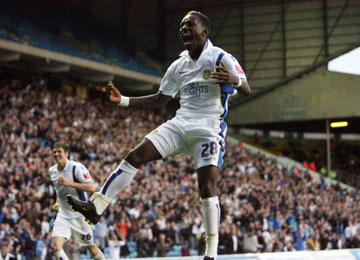 The two goals gave Leeds the lift they needed and they showed confidence within their play, good movement and slick passing from the Whites caused Scunthorpe problems. United's third was created by the in-form Robert Snodgrass after he embarked on one of his typical twisting runs, eventually he was halted and the ball fell to transfer-listed midfielder Bradley Johnson who smashed the ball into the bottom corner. 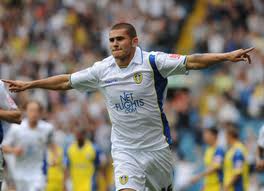 Luciano Becchio was replaced by Billy Paynter at half-time after the Argentine was forced off due to a back injury. The injury gave Paynter the chance to grab his first goal for Leeds after he signed in the summer after an impressive season at Swindon. Paynter was unlucky, Somma blocked his goal bound shot and he had several shots blocked by the Scunthorpe defence. He showed good strength and vision while on the ball but it still remains to be seen whether he can cut it within the Championship.

Ross McCormack was also given twenty minutes to grab his first for the club, but like Paynter was unable to find the net. McCormack once again showed his class with some nice touches and I would like to see him used more within the first 11 to see what he has to deliver.

Scunthorpe were poor throughout, they failed to settle into the game, mainly due to Leeds breaking up their play and taking their chances. Substitute Jonathan Forte had Scunthorpe's best chance and was very unfortunate to see his deflected shot hit the crossbar after he had found himself clean through on goal.

Davide Somma another substitute, netted Leeds' fourth goal from a tight angle with a clinical finish just before the end of 90 minutes. 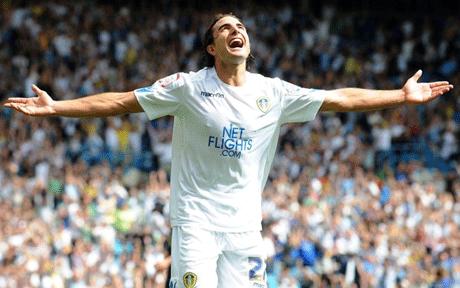 This result was exactly what the doctor ordered, United need to focus on the Championship and build on their promotion chances. Their attention can now turn to Wednesday's FA cup tie against Arsenal, but it was good to see Leeds finish well, as they will need to take their chances against Arsenal to stand a chance of winning.

My man of the match:

Sanchez Watt was outstanding today for me, he linked up well with those around him and his goal was deserved. He showed commitment and strength as their was several occasions where he lost the ball and won it back instantly. Hopefully Watt can take this form into Wednesday night against his parent club.