Once again Leeds flattered to deceive in a match which can only be described as a 1-1 thrashing.

From start to finish the Whites dominated the game showing enterprising football and creating chance after chance. 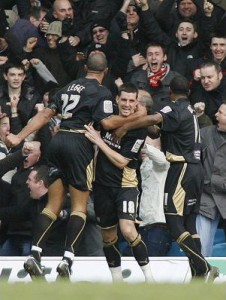 Brentford hadn't known what was hitting them in a first half where the Bees were bombarded.

Like any match though, the longer it goes on without a goal and not taking your chances, you'll be made to pay. And Leeds were.

With an hour on the clock a whipped in corner by Brentford wasn't deal with and Ben Strevens scrambled the ball home to send their healthy travelling support into raptures.

Leeds saw that happen and just carried on dominating without getting the goal again.

As the Sky Sports reporter at the game said, Leeds were all over Brentford 'like a cheap suit.'

Finally Leeds did get what they deserved. With just 18 minutes left, when Gary McSheffrey from just 4 yards out calmly played the ball across the 6 yard box to Jermaine Beckford to level it up. 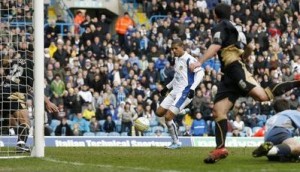 In an attempt to push on and get the winner, boss Simon Grayson brought on new signing Paul Dickov and Bradley Johnson.

It looked like it would pay off but Dickov had a shot blocked in the 90th minute, and finally Lubo Michalik rose up with his 6ft 4in frame and powered a header across the Brentford goal.

It was heading for the left corner but hit the post and bounced away to safety with Beckford lurking. 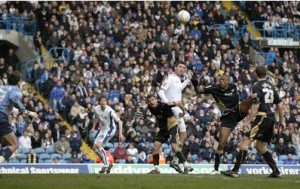 A chorus of boos greeted the Leeds players at the end, maybe more for the result than the performance because as a whole the performance was very good. But the lack of goals showed that the finishing was the problem.

One man guilty of missing chances was midfielder Robert Snodgrass who when faced with a one on one took to long to shoot and wasted the chance.

The Scot also had a host of other chances which were wasted and he admitted to the Yorkshire Evening Post that the side made "silly errors, as usual." 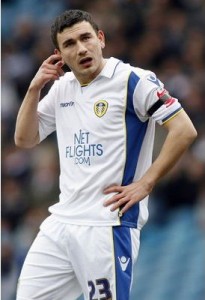 "We can't be proud of ourselves coming away with a draw. It's two massive points we've dropped and we should be bitterly disappointed.

"You saw the way we came out of the blocks and Brentford hardly had a shot. A few stupid things have killed us.

"They know who they are and know what they have to do better but you can't blame individuals. It's a team game and we take the fall as a team and win as a team."

A rousing and refreshing honest review of the match.

Boss Simon Grayson was pleased with the teams performance and despite the fact that a draw at home to Brentford isn't a great result.

Theres one last chance tomorrow night for Leeds to pick up points against lower league opposition with a trip to Prenton Park to face Tranmere. 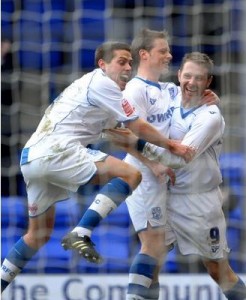 Just outside the relegation zone but with no doubt raised confidence following a win over a free socring Southampton side at the weekend, it will be a tough match.

But this match is even more crucial because it's a game in hand. None of the other top 6 are playing. Currently two points ahead of Charlton in second, a win would put Leeds 5 points clear of the playoffs which would be effectively 6 with their better goal difference.

Amazing that we are still in that situation considering a run of 2 wins in 11.

But however we got to that situation is irrelevant now. It's a chance to close the gap on Norwich to 4 points as well as form a gap between the play offs.

But tomorrow night Leeds need to find the back of the net with more of those created chances. Great creative football means nothing if you end up losing.