Leyton Orient versus Leeds United. A tough one.

Share All sharing options for: Leyton Orient versus Leeds United. A tough one.

It's a tough trip to Brisbane Road up next for Leeds United after their midweek heartbreak.

Following the unsavoury scenes which followed the match, the players will have to make sure they are re-focused for tomorrow. 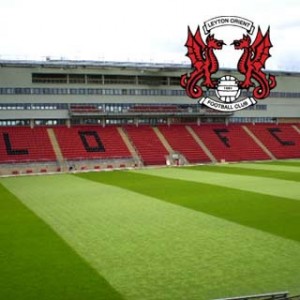 It's not been a happy hunting ground for Leeds. Last season after being 2-0 up and with The O's being down to ten men, Leeds ended up drawing the match 2-2. Probably put a smile on their pumpkin faced famous fan (yeah remember him, the phantom of the opera guy). I won't show a picture again, see my earlier blog.

Geraint Williams's side have built their season on a steady home form which has helped them to 12th place in League One so far.

6 wins, 4 draws and 5 defeats is the extent of that form but have only scored 5 more than they have conceeded, so they are there to be got at.

As a team they are very well organised. I went to the match at Elland Road back in November when they visited and they caused us some problems.

They regularly got at us and had a group of young dedicated players with some experienced heads including Sean Thorton, Jason Demetriou and striker Ryan Jarvis is impressing many with 6 goals to his name.

Centre back Tamika Mkandawire pulled alot of the strings at Elland Road with an assured display and has chipped in with 5 goals in the league this season as well. A good return. 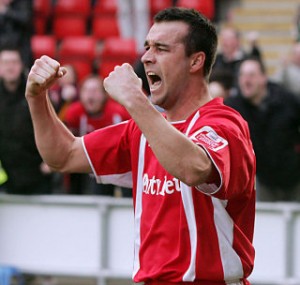 But without doubt their danger man is forward Scott McGleish.

The former Wycombe forward has 11 league goals so far this season.

His goal at the Valley consigned Charlton to a rare defeat and the 36 year old will be looking for another big scalp.

McGleish has scored 3 in his last 4 but his team mates have shown what they can do even if he isn't scoring, helping themselves to 5 against Bristol Rovers without reply at Brisbane Road. All different scorers.

As for Leeds their recent form, as we know, in the league hasn't been inspiring following their FA Cup heroics.

But with their JPT exit on Wednesday, there are no distractions or other games to tire the players. It's solely the league they have to focus on.

What was forgotten in the penalty shoot out and subsequent fan invasion was that fact that Leeds came back from 1-0 down to level and from 2-1 down to win 3-2 on the night. With the last two goals coming in the fnial ten minutes after some brave substitutions from boss Simon Grayson.

Doyle and Howson were both substituted for Kilkenny and Johnson, while Mike Grella came on for centre back Richard Naylor. And it paid off handsomely with Grella netting the 'winning' goal. 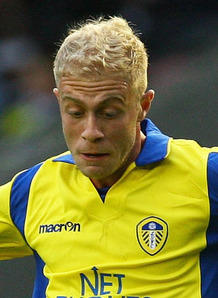 It was determination and a fightback not shown for a number of weeks in the league and a hark back to the Leeds of before January 3rd.

They were also 10 seconds away from beating Hartlepool at Victoria Park the previous weekend with a committed performance.

All in all Leeds haven't lost their last 3 games (over 90 minutes) and maybe they are starting to find form, but key for them tomorrow is defence.

With Paddy Kisnorbo close to recovery, the Leeds defence has been uncharacteristically leaky. Upto christmas their away form and defence was the best in the league.

With Jarvis and McGleish to contend with they have to be on form and not give away sloppy goals like they did against Carlisle, and free headers from set pieces like in the dying moments against the monkey hangers.

Leeds will also be without Jermaine Beckford who is also close to recovery from a hamstring strain but they haven't been short of goals since his injury with Becchio scoring 2, Snodgrass 1, Crowe 1 and Grella 1.

McSheffrey started to show his class against Carlisle in the second half and should start on the left wing again with Gradel on the right.

Snodgrass started up front with Becchio but did switch with McSheffrey at times, this could be the case again. Although Grella could get a starting place, he has consistently scored everytime he has made a sub appearance or started. Goals against Stockport, Kettering and Carlisle have showed what he can do.

I can see a change in defence with Hughes coming in at right back and maybe Bromby at centre back to replace either Naylor or Michalik as neither were very convincing against Carlisle.

We have goals in us, but before when we were scoring them and not letting them in, we now have a problem and it's what has cost us in recent games.

IF and its a big if, we can keep Jarvis and McGleish relatively quiet,and keep a solid defence, we have goals in us to win.