Leeds 2 Colchester 0. Whites back on track.

Share All sharing options for: Leeds 2 Colchester 0. Whites back on track.

Leeds got back to winning ways with a convincing win over playoff contenders Colchester United. 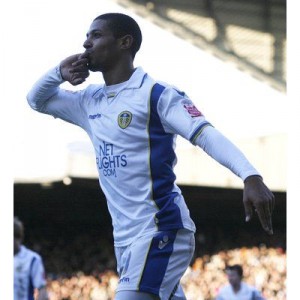 Two goals from Jermaine Beckford either side of half time keeps Leeds 2nd in the table and now 5 points ahead of third place Charlton with two games in hand.

The boss Simon Grayson said it was a return to Leeds he knew of being hard to beat.

It was a response he was expecting after the shocking 3-0 trouncing away at Swindon on Tuesday and it was the perfect tonic to get the result against a team in the top four.

Former coach Aidy Boothroyd brought his side to Elland Road hoping to capitalize on Leeds' bad run, but admitted afterwards they weren't at the races.

"We can still catch the top two. But if we play like that the only thing we'll be catching is the bus!"

Beckford put Leeds in front from the penalty spot just after the half hour.

Luciano Becchio was clumsily brought down from behind by former centre back Matt Heath and the on-off transfer listed striker did what he did at White Hart Lane one week earlier.

He stroked the ball into the bottom right hand corner to give Leeds the lead they deserved for sustained pressure. 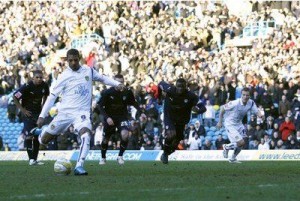 Beckford doubled the lead on 55 minutes after Jonny Howson beautifully brought down a long ball in the area, shot across the Colchester goal which hit the post leading to Beckford sort of bundling it in in an unglamarous fashion. But they all count.

Winger-cum-striker McSheffrey joined from Birmingham City until the end of the season, while Aussie left back Shane Lowry completed his move from Aston Villa on Friday until March 10.

The coup of signing these two players was quite something, particularly as McSheffrey have made 9 Birmingham appearances this season, albeit most of them were from the bench. But him like Lowry were wanted by top Championship clubs, but chose to come to Elland Road.

Both saying that rather than just getting games at a mid tabled championship club, they'd rather be at a club on the up in League One fighting for promotion. 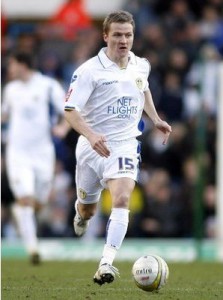 One thing McSheffrey said which was quite interesting was that there was the possibility of him joining permanently at the end of the season.

His Birmingham contract runs out at the end of the season but the club have the option of a 2 year extension, but since he has hardly featured and with recent wealthy investors coming in, his time could be numbered.

After the match he said he would happily join Leeds if they were promoted because he was told that the manager has the full backing of the board and chairman to bring good quality players in to push on. And that there would be no better Championship club to join.

But he did admit 20 minutes into his League One debut that he questioned his move saying; "Bloody hell, what have I done." Beause of the fact the ball was in the air more than on the ground.

And this was something Simon Grayson was expecting. Col U are known for being more of a long ball team, something Aidy Boothroyd was known for at Watford.

With big strong players in the team, maybe it's justified, but for players like McSheffrey who are so skillful with their feet and used to a more passing game, its akin to learning how to drive in a Lamborghini and suddenly being asked to drive a Volvo Estate.

You have the skills to work it, but god its hard work adjusting.

Later on in the match Leeds began to pass it around more and McSheffrey got more into the match on the left wing, passing it well, making good runs and having a couple of chances. Even if one was blocked by his strike partner!

Lowry lasted 70 minutes before suspected cramp forced him off but a clean sheet speaks volumes and allowed Andrew Hughes a chance to shake off a bug.

Kisnorbo and Kilkenny both missed out through injury, but Michalik and Howson stepped into the breach and were faultless. Bromby moved to right back and Richard Naylor stayed at centre back.

Doyle partnered Howson with Snodgrass and McSheffrey out wide. The usual B and B partnership up front.

Meaning players like Max Gradel and Bradley Johnson were on the bench, not bad really. 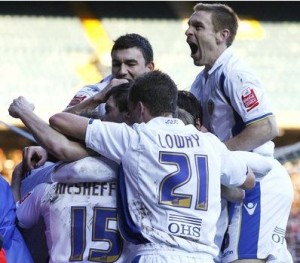 Coming into the crunch period of the season, its that depth we need. And quality addition like the two loan signings can only help to further cement our current top two position (and avoid those sodding playoffs!) and try to get the title. Norwich top by 3 points after a 2-1 win over Hartlepool, but we still have 2 games in hand.

And with this win, hopefully the confidence will come back at just the right time. Norwich had a dip at the start of the season and have been a relentless Juggernaught since, hopefully they'll experience a blip again.