Jonny Howson's 85th minute winner completed a superb comeback for Leeds, and with it extended the club's unbeaten run to 8 games.

Before the game I would have been happy with a draw, Burnley are a solid outfit and have been consistent at home so far this season. Grayson was forced to make two changes prior to kick-off, Paul Connolly coming in for Andy Hughes after serving his suspension and Neil Collins replacing the injured Andy O'Brien.

Leeds got off to a good start and could have taken the lead, Gradel missing two chances early on which would have settled the visitor's nerves. Burnley managed to withstand Leeds' early pressure and took the lead through Brian Easton. Centre-half Clarke Carlisle played a part in Burnley's second goal, setting up Jay Rodriguez to put Burnley two up against his former club.

At half-time it was down to Simon Grayson to try and install some faith and confidence into his players to start a second half comeback.

Early in the second half it looked like Grayson's words of wisdom had worked wonders. Max Gradel started the Leeds comeback in the 52nd minute, after placing his shot into the bottom corner to make it 2-1.

In the 66th minute Leeds were rewarded for their hard work and rugged determination, Luciano Becchio netted his 6th goal in 5 matches to help draw the whites level. In the latter stages, Leeds were effectively playing with four up front after Grayson threw on Ross McCormack in an attempt to snatch 3points from the hands of Burnley.

Burnley's defence finally buckled under the constant pressure, and Leeds completed their comeback thanks to their captain Jonny Howson. After picking up the ball on the half-way line, Howson was allowed time and space, by the Burnley defence to curl his shot in the bottom corner.

Kasper Schmeichel needed to be alert in the final moments, stopping John Guidetti's shot which allowed Leeds to pick up the win and move up to fourth in the table. 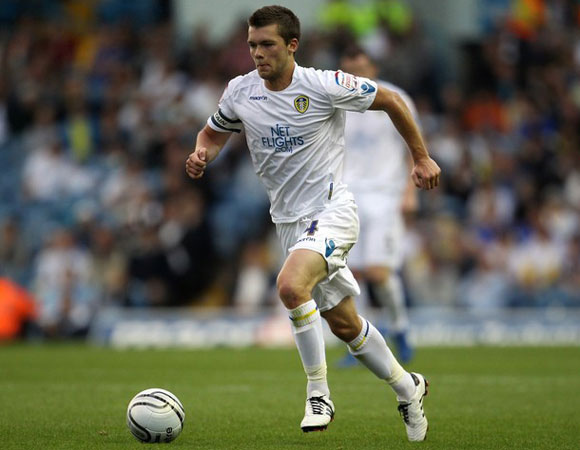