Leeds United top of the table at Christmas

Share All sharing options for: Leeds United top of the table at Christmas

It will be a very merry christmas for Leeds fans this year.

Top of the table and the first team in the football league to hit the 50 point mark. It's something that any Leeds fan will have taken at the start of the season.

This time last year Leeds were struggling outside the playoffs following a runf of 7 defeats in 8 games. And following the defeat to MK Dons, former midfield maestro Gary McAllister was sacked as boss.

The virtually unknown boss who guided Blackpool to promotion to the championship on a shoestring budget and kept them there, made his way to his boyhood club of Leeds to become the new manager.

A life long supporter Grayson couldn't say no to the call despite having to drop a league and already he has been working a similar magic like he did at the Tangerines of Blackpool.

He took Leeds to the play off semi finals only to lose to Millwall and currently has Leeds top of the tree with only one defeat to their name (Millwall again), the best defence in the football league and an unbeaten home record stretching back to January 12!

To say it's been an amazing turn around would be an understatement. But he's a manager who knows the lower leagues and knows what it takes to get out of them, because he's done it. He's not a big name, but they've not worked for us in the past.

He quietly and unassumedly gets on with the job, he makes sensible tactical changes and has signed some fantastic players, all of whom have made an impact.

He simply has been a revelation. And one of the few managers that I recall that every Leeds fan has been behind.

Something displayed during the 1-0 win against Southampton on Saturday. 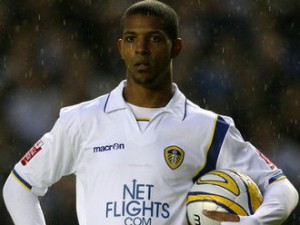 Grayson took off leading goalscorer Jermaine Beckford 20 minutes from time at 0-0. A decision most fans would go nuts too.

But being there I can say that Beckford deserved to go off. He wasn't trying, his poor work ethic was coming to the fore once more and he wasn't looking like scoring.

Beckford wasn't happy. He refused to shake Grayson's hand and stormed off down the tunnel. The fans responded with 'There's only one Simon Grayson.' That shows a faith in the boss thats been unseen at Elland Road for quite a few years.

It's a faith built up on his knowledge of the game and how good his other impact subs have been on games. Plus its always nice to see a manager with b*llocks, not afraid to take off a prima donna goalscorer if he's not contributing and doing something about it. That garners alot of respect from Leeds fans.

And it worked, Leeds went on to win 1-0, sub Gradel causing a nuisance that Beckford wasn't and Snodgrass scored with a beautiful curling shot from just inside the area into the top left hand corner. Similar to Grella's against Kettering.

A result which cemented top spot for Christmas after Charlton's 4-4 draw at home to Millwall. Leeds now top by 4 points and with a game in hand. 8 points ahead of Norwich in the playoffs.

Leeds also find themselves in the Northern area final of the JPT (Only reached the quarter final last year) after beating Accrington Stanley 2-0 at Elland Road, and in the 3rd round of the FA cup avoiding an upset against Kettering (again something we failed on last year) to get the dream tie with Man United at Old Trafford.

Combined with a very respectable performance against Liverpool in Round 3 of the Carling Cup which won us many fans, it's safe to say it's been a dream being a Leeds fan this season.

And long may it continue. And may i wish everyone reading this a very Merry Christmas and a Happy New Year. It's a white christmas weather wise, but also footballing wise.