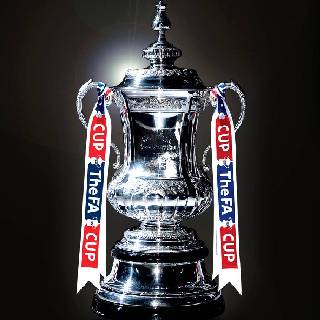 Can you feel that? That's the magic of the FA Cup. It's palpable, it's fills everyone full of excitement and pride. It's the best cup competition in the world.

Can you smell that? Thats the stench of an upset, if not upsets that only the FA Cup brings. How can a team full of semi-pro's who are plumbers, teachers and students beat a professional team? How? It can't be possible. Think again sunshine.

Pretty much all of us remember a giant killing upset happening to our beloved team. 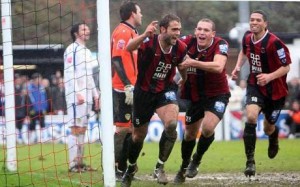 Last season it happened once more to Leeds United. Live on tv in appaling conditions against Histon, it was seen as a great upset. Leeds were down on confidence after a poor run and Histon were top of the Conference.

Combined with the shocking conditions which would have led to a postponment most games, Leeds were knocked out by a solitary goal. Once the draw was made, I knew this would happen. I'm used to disappointment as a Leeds fan, I know they will find a way of messing it up or embarrasing us.

So when the draw away at Kettering was made, I felt the same. You may wonder why considering how Leeds are top of league one by 6 points with a game in hand, have the best defence in the football league and are tipped for great success this season.

Simply it's because you get used to once more your team finding a way to mess it up and embarrass you once again.

Then I heard it was going to be on television live. Now i'm scared. It's nearly guaranteed Leeds will mess it up now.

Kettering are currently 4th in the Blue Square Premier, and team known as the poppies will hope to have a sunday to remember.

They will do so without their influential boss Mark Cooper son of former Leeds player Terry after he joined Championship side Peterborough United. He helped get Kettering to the second round with a win against another League One side in Hartlepool. So they should have no fear of Leeds.

Goalkeeper Lee Harper is now player manager and has made 4 loan signings ahead of the match, but already have three players on loan.

Rules stipulate that only five loan players can be included in any match day squad. With one of their new signings cup tied, it means that one of the six loan players will have to miss out. Chances are it won't be former Leeds striker Anthony Elding.

But, if any Leeds team i've seen can get through this its Simon Grayson's Leeds.

Grayson knows the lower leagues and knows what it takes to grind out results, Leyton Orient on tuesday was a prime example. Not pretty (at all) but we eventually found a way to grind Orient down and get the result.

On poor pitches, poor conditions we've done it. This will help massively against Kettering. Cause i don't care how we play, i want to grind a win out.

Our defence is solid, a big requirement but crucially it's the work rate.

The number of late goals we have scored shows that we always go to the death, which shows our fitness rate and desire is second to none.

But then again (can you smell that, it's lingering around) it's the FA Cup, anything could happen.

So as i alluded to earlier, come 1.45pm on Sunday, I'll be in bed, covers over my head with a book and ear plugs in. I can't bear to watch what i fear might happen again.

Wake me up when it's over.