The withdean is without fear for Grayson.

Share All sharing options for: The withdean is without fear for Grayson. 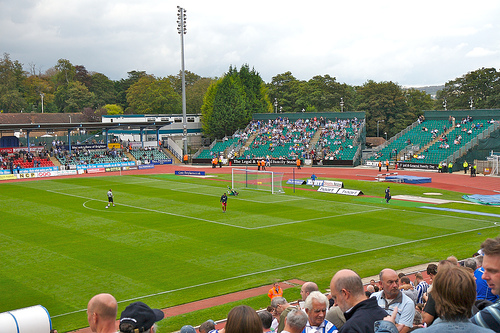 Up until two seasons ago, the near 600 mile trip was never a happy one for anyone concerned at Leeds United.

And the one thing that gets the blame for poor performances is the ground.

Excuses include the fact that players have to change in a portakabin and that the players aren't used to playing at such a ground.

This is League One football, you won't get bowling green pitches and 50,000 seater stadiums with luxury changing rooms. Get used to it.

A refreshing stance on the withdean came from boss Simon Grayson at his weekly press conference. Many would start to go on about the ground and how hard it would be to play there, but Grayson summed it up beautifully.

"Too much is made of the stadium by the media - it's a stadium with a game played on grass and most of our players have played there."

Too right. And most of the squad have played there and our last two trips have resulted in victories. Unfortunately an enforced break from action due to internationals mean Leeds have had a longer break, but this has happened earlier in the season and it didn't seem to affect us.

Leeds are there to be shot at, top of the league still by four points and with only one defeat, every team will want a priceless victory against us. 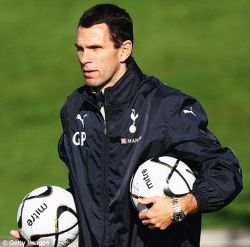 No more than Gus Poyet. The former assisstant manager to Dennis Wise at Leeds is now the boss at Brighton and has had two wins from his opening two games.

Safe to say he isn't looking for revenge as his departure from Elland Road wasnt in acrimonious circumstances. the chance of joining Tottenham was hard to say no too, and many Leeds fans regard him as the brains behind the partnership with Wise as results tumbled soon after his departure.

But he will want to carry on the fine recent form to help push his side further away from the drop zone.

He has strikers in form with Nicky Forster and former Leeds loanee Liam Dickinson banging in the goal up front for the Seagulls. And the Whites who have the best defence in the football league will need to be exactly that, as Forster especially is on fire.

Leeds are set to welcome back a few familiar names after lengthy injury this week, but will most certainly miss out this weekend. Crowe, Becchio and Higgs are all back in training as is Rui Marques. Crowe, Becchio and Marques should be back in contention for Tuesday's match against Leyton Orient at Elland Road, even if its on the bench.

Ben Parker though is still out after having several tears in his hamstring on the opening day of the season which lead to hip surgery.

But he is on course with his rehabilitation, and in a interview on the Leeds website, he impressed me immensely with his maturity to his injury at the age of just 22.

"I've seen some people who've been injured for a while who don't want to talk to you because they are in such a bad mood.

"I've not been like that. If I have a smile on my face I hope it will rub off other people. I'm not a doom and gloom person."

Good on him. it's refreshing to see that from a young footballer and I wish him all the best for his recovery. But hopefully he can watch on as Leeds pick up another good win tomorrow.