Marching on Together: Carlisle match preview

Share All sharing options for: Marching on Together: Carlisle match preview

In the League One highlight match of the weekend, Leeds United travels to John Ward's Carlisle United. The Cumbrians are certainly one of the top clubs likely to attain promotion this year and this match is a rematch of last campaigns playoffs which were marked by Jonny Howson's heroics.

Through the start of this year, Carlisle has been playing brilliantly although they bumbled their way to a 2-1 loss against Scunthorpe United where they uncharacteristically misfired on a number of opportunities. I want to stress John Ward has put together a squad that could easily merge into the Championship and will be a massive test for Leeds in every aspect of the game. Their back-line of David Raven, Peter Murphy, Evan Horwood and Danny Livesey are extremely reliable and movement without the ball by Luciano Becchio and Jermaine Beckford is critical as they will mark tightly. It would be highly advisable to have the young Scot Robert Snodgrass and Jonny Howson in attacking wing positions. Wide attacks and converging through the channels is the best assault and with Fabian Delph along with Jonathan Douglas pushing the attack forward with constant pressure and pace, Leeds can overcome the home club. However I want to stress, pace, precision and controlling play is crucial to Leeds success. Carlisle's attack feature a very productive striking tandem of Danny Graham and Danny Carlton with Cleveland Taylor and Simon Hackney leading a hearty charge in the midfield. With Alan Sheehan suspended I expect Lubo Michalik to step-up and join Frazer Richardson, Rui Marques and Paul Telfer in a very crucial back-line for Leeds. They will need to play at their best to avoid challenges that Carlisle will throw them. Casper Ankergren is to face a pre-match fitness test to see if the injured ankle has healed enough to play or whether we'll see David Lucas again.

This is definitely one of the toughest matches of the campaign and if Leeds to be promoted, they need points from it. I will be posting full review after the match concludes. Until then, We’re Marching On Together.

On a broader note since I'm riding alone here in League One and for the wandering soul that happens along, I thought I'd start providing the table and upcoming matches. If you're in the area, please try to get to a match tomorrow with friends and family. This is a great level of Football, part of the core of the game and something every supporter can be proud-of. 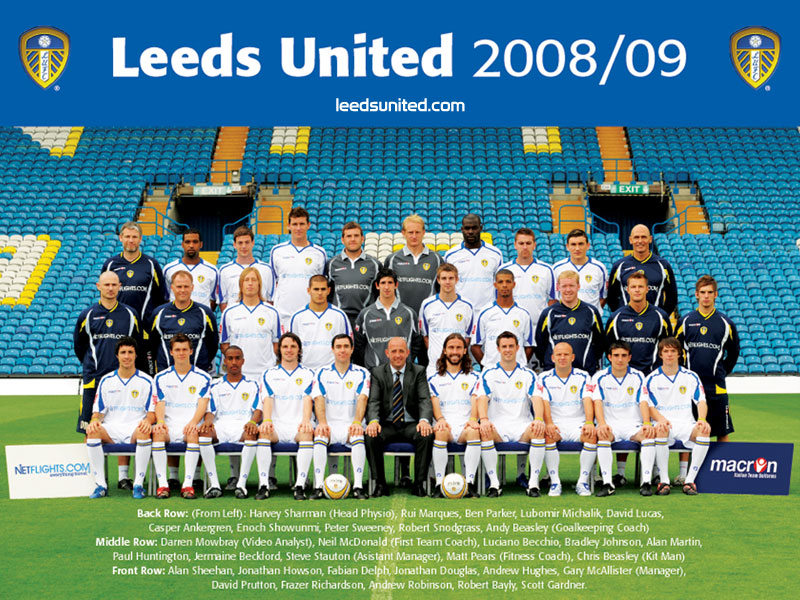