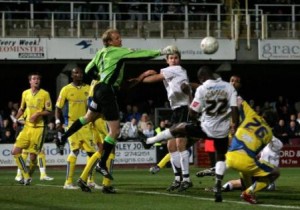 With rumours buzzing around net that 'keeper Casper Ankergren was readying for a transfer PSV for a fee in the amount of £7.2m he went out his way in a press conference to note this is the first time he has heard of it. The twenty-eight year-old Danish 'keeper who came to Leeds in January 2007 after six seasons with Brøndby of the Danish league, further reaffirmed his commitment to Leeds and with him as our #1, we have one of the best in League One.

Very relieved to hear he's not going anywhere, well except the Championship League : )