Share All sharing options for: so who is it? 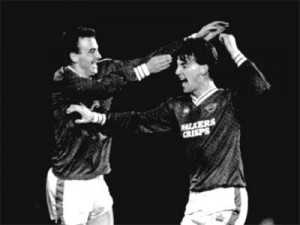 A trace on the cagey side, our Gary McAllister has revealed in a interview that we're about to announce a new signing. It's well known we're looking for another striker and with Crystal Palace planning a special tribute for Dougie Freedman on the 29th of this month, it's probably too early to see him over. I'll update the moment the announcement has been made.

On the practice front, look for Paul Telfer to be sticking around. He's looking remarkably fit and an unbelievable find for the squad.